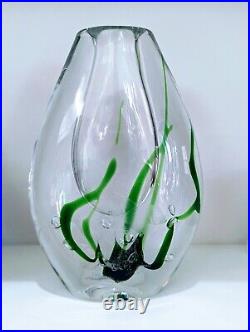 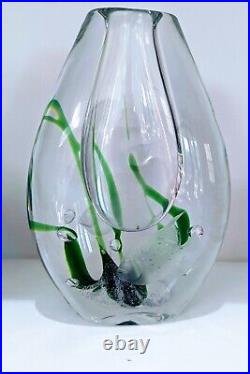 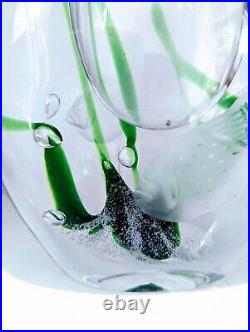 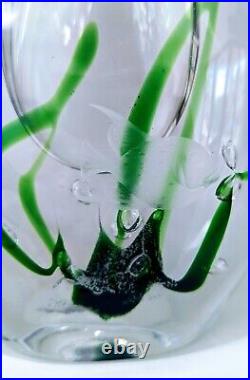 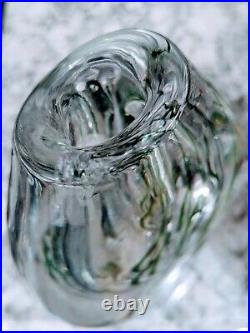 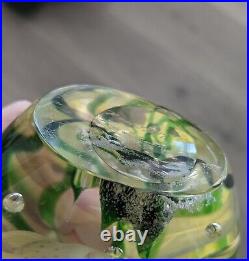 He is considered one of the pioneers of Swedish glass art. As a child, Lindstrand was interested in drawing and later studied commercial art. He pioneered daring art glass designs at Orrefors and, together with Edvin Öhrström and Knut Bergqvist, he invented the Ariel technique. Orrefors could not afford to keep Lindstrand during the war, so between 1943 and 1950, he became creative leader at Uppsala Ekeby, where he designed many different stoneware objects ranging from pots to figural sculptures.

In 1950, Lindstrand joined Kosta Glasbruk as an artistic director before his retirement in 1973. At Kosta, he was the primary designer, lending his name to many now classic designs.

This item is in the category "Pottery & Glass\Decorative Pottery & Glassware\Vases". The seller is "mac0218" and is located in this country: US.