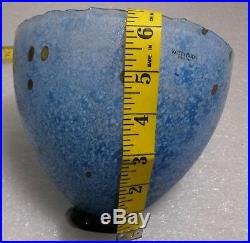 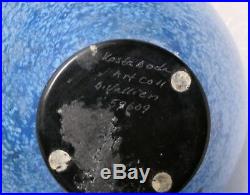 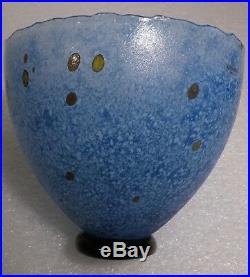 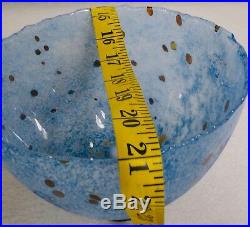 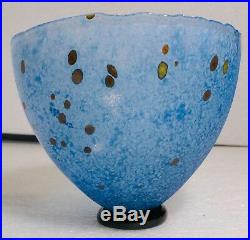 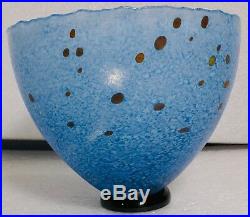 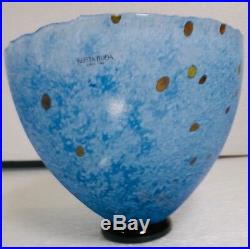 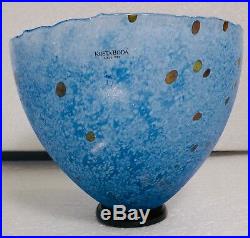 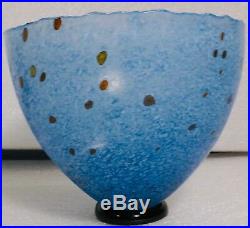 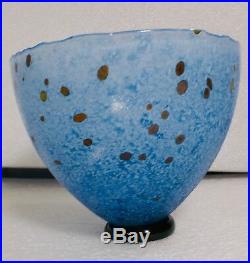 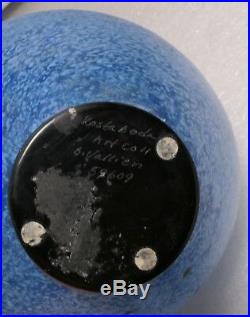 Bertil Valliens sand-casted glass boat stirs up elements of the subconscious. If you pause to analyze them, they will become slippery and slip away. These silent, slender boats have glided over the worlds seas with their messages and raised eyebrows for nearly 30 years.

Loaded with frozen symbols and secrets, they speak to us of the existential. Every day begins with a dip in the river. In the winter he cuts a hole in the ice and the bitter cold gets the endorphins rushing through the body. It is like starting over every morning! The existential questions were awakened early. He is the second oldest of seven children and in their home in Sollentuna, abided by the Lords will and discipline. His father was a very strict Nonconformist.

One must live according to the Bible. Im sure that he wanted the best for his children, but I felt constant guilt.

I was a pro at drawing horses, he says, and it impressed all the girls. He drew horses like there was no tomorrow. His sculptures are often frequented by horses. What do they stand for? He wishes that we did not strain to analyze the symbolism so much.

There is a world that does not allow itself to be explained, that will simply break if you try. He compares it to music.

This is to prevent the sketches from becoming routine. It is not good to always be proficient. By allowing his left hand to do the work, he triggers new creativity. In the late forties, Bertil worked as an errand boy in a fish shop. He was around twelve years old.

One of the customers was an eccentric artist named Bo Notini, who aroused Bertils curiosity. He was nothing like what Bertil was used to. The yard was overgrown, the home was messy and the furniture was worn. There were loads of books. Mr Notini would sometimes go out to shoot crows, which in turn he would cook and eat. Thats what I want to be. It was a whole new world for me, says Bertil. Thats what I want to be, I thought to myself. As though he had seen himself in the future. Sometimes Bertil would sit at Bos home, draw and be encouraged. Not everyone in the world was burdened with shame and guilt. There were alternatives to the strict religious life at home. This realisation led to Bertil daring to leave home when he was merely fifteen years old. Other mentors have been instrumental in Bertil Valliens development as an artist. One of them is Stig Lindberg, who was the head professor of ceramics at Konstfack (a Swedish college for arts, crafts and design). He was a great teacher! He was incredibly verbal and could give constructive critisism. Mean sometimes, but more often than not in a funny way. Stig Lindberg also got Bertil Vallien to understand the importance of the broad scope an artist in the industry must have. To be both an artist and a designer.

You can be experimental, but at the same time you must understand how a tea kettle that doesnt drip should look. The next mentor was Erik Höglund at Kosta Boda. Bertil did his internship there and was invited to stay. Höglund had noticed his qualities. As a matter of fact, Bertil got a whole glassworks to himself Åfors which was a part of the Kosta Boda group.

Åfors has since been discontinued and Orrefors and Kosta Boda have become the same company. A few years ago a new avenue opened up for Bertil Vallien. It appeared as a black sludge. However, the molten glass, which should have been a light icy blue, turned out a mucky asphalt black instead. A months worth of hard work completely thrown away. Bertil Vallien was angry and disappointed. One could only guess what the assistant who had read the instructions incorrectly felt. They had produced a ton of it.

A thousand kilos of sluggish, black and expensive sludge. We press on, decided Bertil and poured the molds. During the two weeks that the glass lay in the cooling oven, Bertil Vallien sinks into dejection.

I didnt even want to open the oven. Glass artists often speak of glasss ability to mirror and reflect light.

What fascinates him, rather, is glasss ability to absorb it. Glass eats light is one of his most famous quotes. The black molded sculptures are washed clean, free of sand and polished. It is at this moment that everyone is to witness a metamorphosis. The mucky black asphalt has transformed to metal.

To a dark sheet metal or maybe cast iron. All light has imploded and no figures or symbols can be seen inside. It has been eaten up by an, until now, unknown material. It is glass yet metal but really glass. I got a kick out of it!

It was a whole new design world and I understood immediately that I had to continue. The assistant who had interpreted 20 grams for 2 kilos triumphed. It proved to be one of the best mistakes ever made in the glassworks. But at the same time I was venturing into unknown territory, says Bertil.

He had been quite secure with his sculptures and used the fact that glass was transparent to his advantage under a thirty year period. Decide how and where the absorbed light should be released or held back. Now he had been deprived of this and had to think in a whole new manner.

There is always the risk that the glasss cosmetic quality stands in the way of expression. That it simply becomes too beautiful.

The new sculpture had nothing cosmetic about it. The landscape is abandoned and charred like after a war. Or the victim of destructive cold or heat. I have never been particularly political as an artist, says Bertil Vallien.

However, when he puts out the black sculptures in New York and dubs the collection to Desert Snow, he becomes eminently political. The US bombing of Iraq during the Kuwait war in 1991 was codenamed Desert Storm. The critics revel in Vallliens new language. In some of the sculptures he adds really small colorful details, often bright red, which despite their small size, become a strong focal point in the black surroundings.

Some critics interpret it as a small glimmer of hope in light of the darkness. The American critic and art historian, Robert Morgan, writes about his experience after a show. When we awaken from the experience, we realize that we have been on a journey that has restored our sense of hope and well-being. Only the best art can achieve this task. Swedens most famous glass artist has won most of the prizes and awards that one can win, and is represented all over the world.

A few examples: at the Victoria and Albert Museum in London, the Metropolitan Museum of Art in New York, The State Hermitage Museum in St. Petersburg, the National Museum of Art in Tokyo and The Museum of Fine Art in Montreal. After fifty years in the glassworks there are no thoughts of slowing down or going into retirement. Bertil Vallien will continue to take us on his voyages and discover new languages. Now Im going to become a minimalist, he says.

He will begin by taking a dip in the river. By Eva-Pia Worland (translated by Kosta Boda Art Gallery). The item "KOSTA BODA SIGNED BERTIL VALLIEN ARTIST VASE" is in sale since Tuesday, January 22, 2019. This item is in the category "Pottery & Glass\Glass\Art Glass\Scandinavian\Kosta Boda".